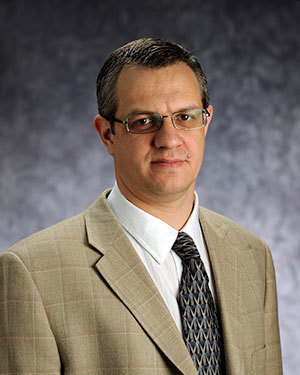 A new paper by Zoltán Toroczkai, professor of physics and concurrent professor of computer science and engineering at the University of Notre Dame, and his collaborators provides a predictive model of cerebral cortical connectivity at the interareal level. The study was published in the Oct. 2 issue of the journal Neuron.

The cerebral cortex is responsible for all the sensory, motor and cognitive functions of an individual and is arguably the most powerful known supercomputer. A characteristic feature of the cortex is that these functions are highly organized into cortical areas within well-defined regions or lobes of the cortex that have a complex network of physical connections between them. Network analysis has recently evolved into a widespread approach to characterizing features of complex systems that contain many interacting components, such as the brain, and has provided insights about the behaviors that these complex systems may enable and support.

The primate cerebral cortex is about the thickness of a few business cards (2-4mm), and when extended, is not much larger than a napkin. Primates have one of the largest complex brain networks in existence. Toroczkai’s analysis with his collaborators, who include Maria Ercsey-Ravasz, a former postdoctoral associate at Notre Dame, and the neuroscience group led by Henry Kennedy in Lyon, France, was based on cortex data from the cynomolgus monkey, a macaque found primarily in Southeast Asia. Using consistent and coherent brain-wide tracing data at the interareal level of the cortex from 29 different target areas evenly distributed across the cortex, the group of researchers analyzed the network of interareal connections, their strengths, and distances to reveal an important organizational principle of brain connectivity. The anatomical tract-tracing data, generated by the Kennedy lab, was used for this study because the analysis of physical cortical connectivity is more reliable than what is currently possible with in vivo brain imaging techniques.

The researchers’ analysis of the data showed that the interareal network is very dense and has strong structural specificity. Specifically, they showed that the connection strengths span more than five orders of magnitude and obey a lognormal distribution, and that this distribution is a direct consequence of both the physical constraint of wiring costs and the geometrical constraint of the interareal distances in the cortex. The researchers then introduced a simple, one-parameter network model based on these constraints called the exponential distance rule (EDR) model to explore how well it describes both the connectivity and weighted properties of the interareal network.

“Connectivity is what makes the brain. Understanding this network is a crucial step toward understanding the brain and, in the long run, possibly developing medical treatments for diseases of the brain. But it is a highly complex problem,” Toroczkai said. “It was a real shock for us when we discovered that a single parameter graph model could very well describe the highly heterogeneous structure of the interareal cortical network. It has revealed the fundamental role of physics and geometry and the way in which they work together to provide the large-scale structure behind the most amazing bio-computer ever created. The next challenge for us is to understand brain connectivity and its implications on information processing at increasingly higher resolutions, towards the neuronal scale.”

Toroczkai’s expertise is in modeling complex systems, statistical physics and fundamentals of computation by physical systems. He is the founding director and currently a co-director of the Interdisciplinary Center for Network Science and Applications (iCENSA) at the University of Notre Dame.

Originally published by Stephanie Healey at news.nd.edu on October 09, 2013.