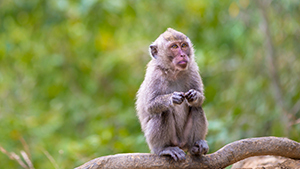 Researchers comparing mouse and macaque brains have found evidence of an evolutionary universal brain structure in mammals that enables comparisons of cortical networks between species. A new study from a researcher at the University of Notre Dame could provide insights into brain disorders such as Alzheimer’s and schizophrenia.

Zoltán Toroczkai, professor of physics at Notre Dame, was lead author on the study, “Spatial Embedding and Wiring Cost Constrain the Functional Layout of the Cortical Network of Rodents and Primates,” published July 21 in PLOS Biology. The work, which also describes differences between the brain networks, shows that the rule that the exponential decay of connection strengthens with distance in the brain, called the exponential distance rule (EDR), is a central feature of their common architecture. Toroczkai and colleagues had previously published evidence of the EDR in a study of macaque brains. However, the general validity of these observations now allows extrapolation to the human brain and insights into brain disorders. 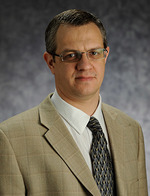 Brain network connectivity structure is especially important because information in the brain is encoded by the spatio-temporal firing patterns of groups of neurons, in contrast with the internet, where a message (e.g., of an email) is encoded into the packet itself and as long as there is a delivery pathway for the packet, the specific structure of the network is secondary. Neurons must interact with each other in a certain way, and different areas of the brain create meanings from these spatio-temporal patterns in a mechanism that is still not fully understood. Scientists believe that the brain identifies relevant patterns from incoming information, stores it and uses it to make predictions — for example, the brain will recognize a familiar face if it sees only part of the image. If links, and especially the long-range links, are disrupted by injury or chemical imbalance (hence disrupting the patterns or the mechanism), a person might lose the ability of predictive recognition, as in Alzheimer’s, or might imagine something that is not present, as in schizophrenia.

Anatomical observations show that increase in brain size in mammals with more neurons leads to a proportionate decrease of long-range connections in the larger brains. The rodent brain, with fewer neurons but a more interconnected network, is smooth, while the macaque brain, like the human brain, is folded to increase surface area and contain more neurons, but contains much fewer long-range connections. Although the actual numbers of neurons are different in different mammals’ brains, their connectivity networks contain statistically similar features, so-called architectural invariants. Toroczkai intends to continue the research by investigating these invariants and certain circuits in the brain and connecting their findings with information from experiments and data on diseases.

Originally published by Gene Stowe at news.nd.edu on July 25, 2016.